​Then it was his turn to scream,
his flesh sizzling ... He clawed at it like a mad beast ... I began to run,
not caring where I was going.
​I'd only stumbled a few steps when
the demon, with inhuman speed,
caught up to me. He grinned at me
​in a nasty way. "Nice try, kid."

Available Wherever EBooks are Sold 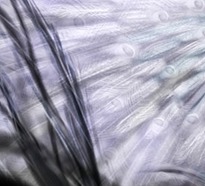 ​​"Are you real? I mean, can you do something to prove that you're really an angel, and not just me having a mental breakdown?" ... Then something happened, a change that didn't really register
​on any of my senses. It was an overwhelming wave of love, compassion, and safety, like a beam of pure light that could be heard or notes of music that were tangible.

April 14, 2015 | COMING SOON!
Sylvester “Sly” McMahon is a depressed sixteen-year-old teen who wants nothing more than to die.
​He’s saved from a suicide attempt by a mysterious stranger, who later turns out to be his not-so-angelic guardian angel Cliff. A chain-smoker with a penchant for sarcastic wit, he’s determined to save Sly from himself. Sly is less than thrilled with the idea of staying alive. The two have to learn how to tolerate each other, even while Cliff keeps stressing the idea that the purpose God has set out for the teen isn’t yet fulfilled.

"And it looks like you'll be the first sacrifice.
Your angel can't help you now."